News
Build-to-rent subdivisions take off in Nashville suburbs
Previous article
Fairview Station made up of 25 brand new four bedroom houses in Fairview, Tenn.
Next article
10 cities where the American dream is alive and well 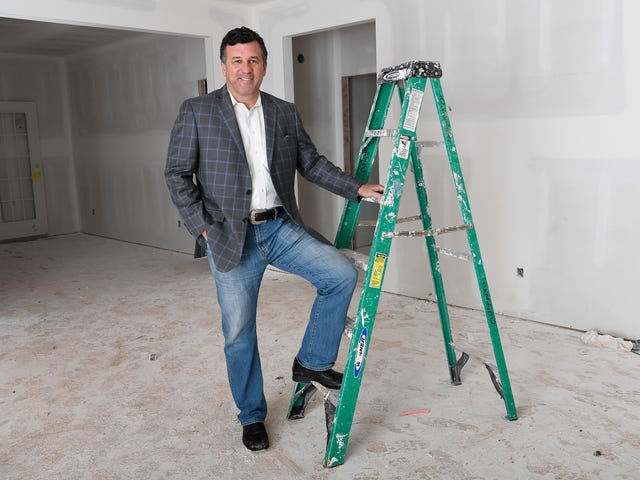 Keith Vance’s career in the restaurant industry has taken him to Atlanta, Jackson, Miss., and Nashville. The last thing he wanted was to be tied down to a house.

Owning a home may be the American Dream, but Vance enjoyed the freedom of renting and knowing he could hand in the keys and leave when the next transfer came.

The developers of three new build-to-rent subdivisions in the Nashville region believe there are growing numbers of individuals and families who want to live in a newly built home but aren’t interested in buying it.

“In the profession I’m in, we move a lot. It’s easier to take on a new challenge rather than being locked into a home,” said Vance.

He and his wife, LaRosa, and their four children live in a neighborhood in Smyrna where most homes are occupied by the owners. Their landlord, Bruce McNeilage, owns a number of stand-alone rental houses throughout the region.

Houses are being built for a new rental subdivision, Fairview Station, in Fairview, Tenn. The subdivision will have 25 homes.
George Walker IV / The Tennessean

After watching demand grow over the years, McNeilage concluded that three entire subdivisions of new, rental homes would be a success.

“The 100-percent rental neighborhood, the build-to-rent subdivision, is a new concept. I believe it’s absolutely going to explode,” said McNeilage, a principal with Kinloch Partners.

The subdivisions are located in Fairview, Spring Hill and Lebanon, he said.

McNeilage and home builder Brandon Robertson are developing Fairview Station in Williamson County. The subdivision is located off Tiger Trail and is next door to Westview Elementary School in Fairview.

McNeilage and Robertson’s second all-rental subdivision is in Spring Hill. As-yet unnamed, the subdivision will have 30 homes. It is on the fast-growing Maury County side of the city, where land is less expensive than on the Williamson County side, said Robertson.

“People can afford to rent and get a nicer house,” said Robertson, president of A-1 Home Builders.

Their homes in Fairview and Spring Hill will rent for around $1,800 to $1,900 per month. The houses in both cities will be similar, with 2,000 to 2,400 square feet, stainless appliances, granite in the kitchens and master baths and engineered wood floors. Most will have four bedrooms.

In Lebanon, McNeilage and a builder he described as a silent partner plan 60 to 80 rental homes. Houses will have four or five bedrooms, granite countertops, stainless appliances and laminate wood floors.

“The house does not look like a rental,” he said.

McNeilage expects to start leasing in Lebanon in March or April. Rents will be around $1,800 to $1,900 per month.

The Nashville region’s first large build-to-rent subdivision, the Cottages at Mt. View, is still growing. The developer, HND Realty, is completing the final homes in the subdivision, which opened a couple of years ago. It will have a total of 253 houses and 32 townhomes, said manager Diana English.

The houses range from 1,300 square feet to about 1,800 square feet and have two-car garages. Townhomes have two or three bedrooms.

The Cottages at Mt. View is located off Murfreesboro Road at Mt. View Road on the southeast side of Nashville.

Many people simply prefer to rent instead of owning a house, she said.

They “want the freedom to give notice and move and not have the hassle of selling a house. But they like having a house and not sharing a wall and not fighting over parking” at an apartment complex, said English.

Vance, whose family rents a new house in the Villages at Seven Oaks subdivision in Smyrna, said living in an apartment doesn’t sound appealing.

“I like the privacy of living in a house,” he said. “And it’s important to be in a good school system as well as a nice community.”

Previous article
Fairview Station made up of 25 brand new four bedroom houses in Fairview, Tenn.
Next article
10 cities where the American dream is alive and well